How to Be an Effective Writer 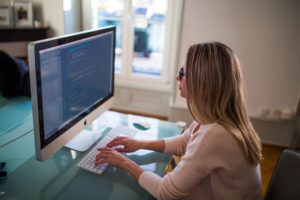 We all want to be better writers, especially when it comes to marketing letters. In this short article I share with you some of the techniques you can use to become a more effective writer.

The next time you write a letter – particularly a business letter – read it over and ask yourself if you talk like that. If not, don’t write like that. See if you can do a better job by using simple, strong, precise words. And of cut out all clichés.

In advertising, superfluous words or clichés take up valuable space or air time and increase the cost of the ad without adding a thing to the message. One rule I live by is to avoid clichés all together. In a writing class I took a few years ago, we went through a two-page letter and by cutting the superfluous words, and clichés we reduced it to a one-page letter consisting of just three paragraphs. Not only about 70% of the letter was unnecessary, but also the new edition was fast, lean and muscular. The original letter was fat, awkward and full of clichés – phrases that you put into letter without even realizing it.

We have a tendency to speak the same way. Have you ever noticed how often you hear people say “I mean?” If you simply say what you mean, you don’t have to tell anyone what you mean. Another one is “stuff like that” or “you know” or “in other words” or “like I said.” And one time, I had a cabdriver who, after every sentence would turn around and ask, “Am I right or wrong?”

There’s nothing wrong about this particularly, but it does add a lot of unnecessary weight and excess baggage to something that can be simple, direct, clean and powerful.

It’s been said that Ernest Hemingway would sometimes spend most of a complete morning writing a single paragraph. And if you read Hemingway, you’ll notice his effectiveness is saying what he wanted to say in the fewest possible words.

In 1863, at the site of the Battle of Gettysburg, two men addressed the crowd. One was a celebrated speaker, and he proved it by speaking for two and a half hours. Yet not a person in 50,000 can tell you his name. The second speaker was before the crowd for less than five minutes, but we all know the Gettysburg Address and that Abraham Lincoln delivered it. The Gettysburg Address is a simple, moving, powerful message with all the fat trimmed off (72 percent of this address consists of one-syllable words). The first speaker, incidentally, was Senator Edward Everett.

The next time you write a letter – particularly a business one – see if you can do a better job by using simple, strong, colorful, hardworking words. Cut out all the clichés, such as “however” or “with reference to your letter”, all those silly windups. Whenever you write a letter, read it over and ask yourself if you talk like that. If not, don’t write like that.

The most powerful words are the simplest one-syllable words – words such as love, joy, hope, faith, home, child, life, death, fear, fate, kill, hate. For a complete list here’s a link for you. http://positivewordsresearch.com/list-of-positive-words/