What Could Your Future Hold? 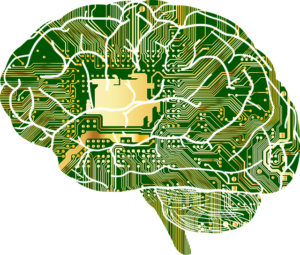 According to experts, the average child hears the word “NO” at least 148,000 times before he or she reaches 18 years of age! If instead, you had just the right kind of successful mental programming, would you be doing the same thing for a living that you're doing now? Would you be doing your job in exactly the same way? What about your personal life? Would you change anything or improve anything? Would you have reached any more goals than you've reached? Would you have more money in the bank or any more financial security than you have now? What about in your day-to-day life—would it be less frustrating and more rewarding? And, with different preparation or conditioning, what could your future hold? Would it be the same as your future holds for you today, or would it be better? What if each and every day, from the time you were a small child, you had been given an extra helping of self-confidence and double the amount of determination and belief in the outcome? Can you imagine what tasks you might accomplish more easily, what problems you would overcome, or what goals you could reach?

After all, success, ultimately, is up to the individual. It isn’t the pen—it’s the writer; it isn’t the road—it’s the runner that counts. Why is it, then, that some accomplish nearly any task more easily than others, achieve their goals more readily, and live their lives more fully? Could it be that those who appear to be “luckier” than the rest might have actually gotten better programming, or perhaps learned how to erase their old negative programming and replace it with something better? After examining the philosophies, the theories, and the practiced methods of influencing human behavior, I was shocked to learn the simplicity of that one small fact: You will become what you think about most; your success or failure in anything, large or small, will depend on your programming—what you accept from others, and what you say when you talk to yourself. It's no longer a success theory; it's a simple, but powerful fact. Neither luck nor desire has the slightest thing to do with it. It makes no difference whether you consciously accept it or not. The brain simply believes what you tell it most. And what you tell it about you, it will create. It has no choice.

It's our programming that sets up our beliefs, and the chain reaction begins. In logical progression, what we believe determines our attitudes, affects our feelings, directs our behavior, and determines our success or failure:

That’s how the brain works. If you want to manage yourself in a better way and change your results, you can do so any time you choose. Start with the first step. Change your programming.

I plan on telling you the words and phrases you can use daily to begin your new programming for success in 2017. Are you ready?